A digital speedometer shows a vehicle’s speed as integer miles per hour. There are occasions when the sensed speed varies between two integer values, such as during cruise control. Using a single threshold to round between adjacent integers often makes the display toggle rapidly between the two integers, which is distracting to the driver.

Your team must implement a smoothing technique for the display using separate rising and falling thresholds ($t_ r$ and $t_ f$, $t_ f < t_ r$, respectively). See Figure 1 for a graphical depiction of the Sample Input for use with the following rules. 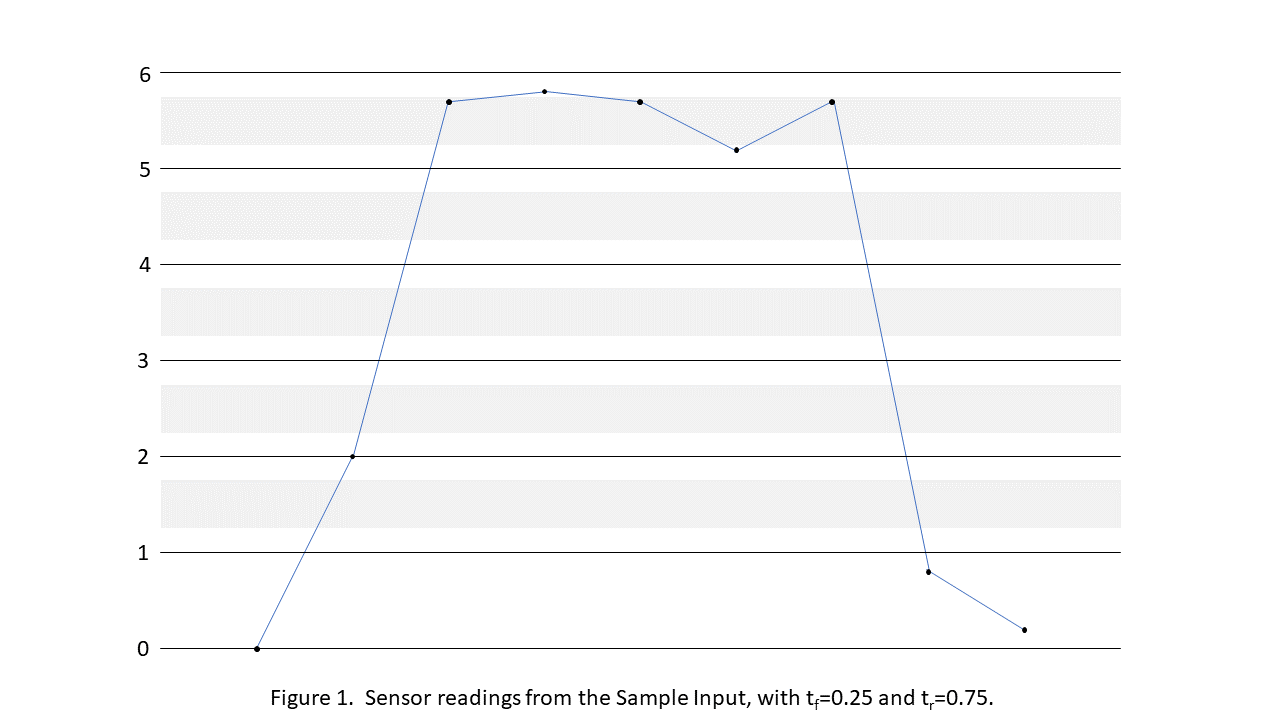 The first line of input contains $t_ f$, the falling threshold. The second line of input contains $t_ r$, the rising threshold. The speed sensor reports $s$ in increments of $0.1$ mph. The thresholds are always set halfway between speed increments. All remaining lines until end-of-file are successive decimal speeds, $s$, in miles per hour, one speed per line. The third line of input, which is the first measured speed, will always be $0$. There are at most $1000$ observed speeds $s$ in input.

Output is the list of speeds, one speed per line, smoothed to integer values appropriate to $t_ f$ and $t_ r$.