Problem I
Staggering to the Finish

An oval track and field racing track consists of two parallel straightaway sections connected by two semicircles, depicted in Figure 1. Footraces run in the counterclockwise direction, ending at a common finish line located along the lower straightaway. For races that exceed the length of a single straightaway, starting lines must be staggered backwards, in the clockwise direction, from the finish line. The staggered starting lines must account for the curve of the semicircles and the widths of each running lane. 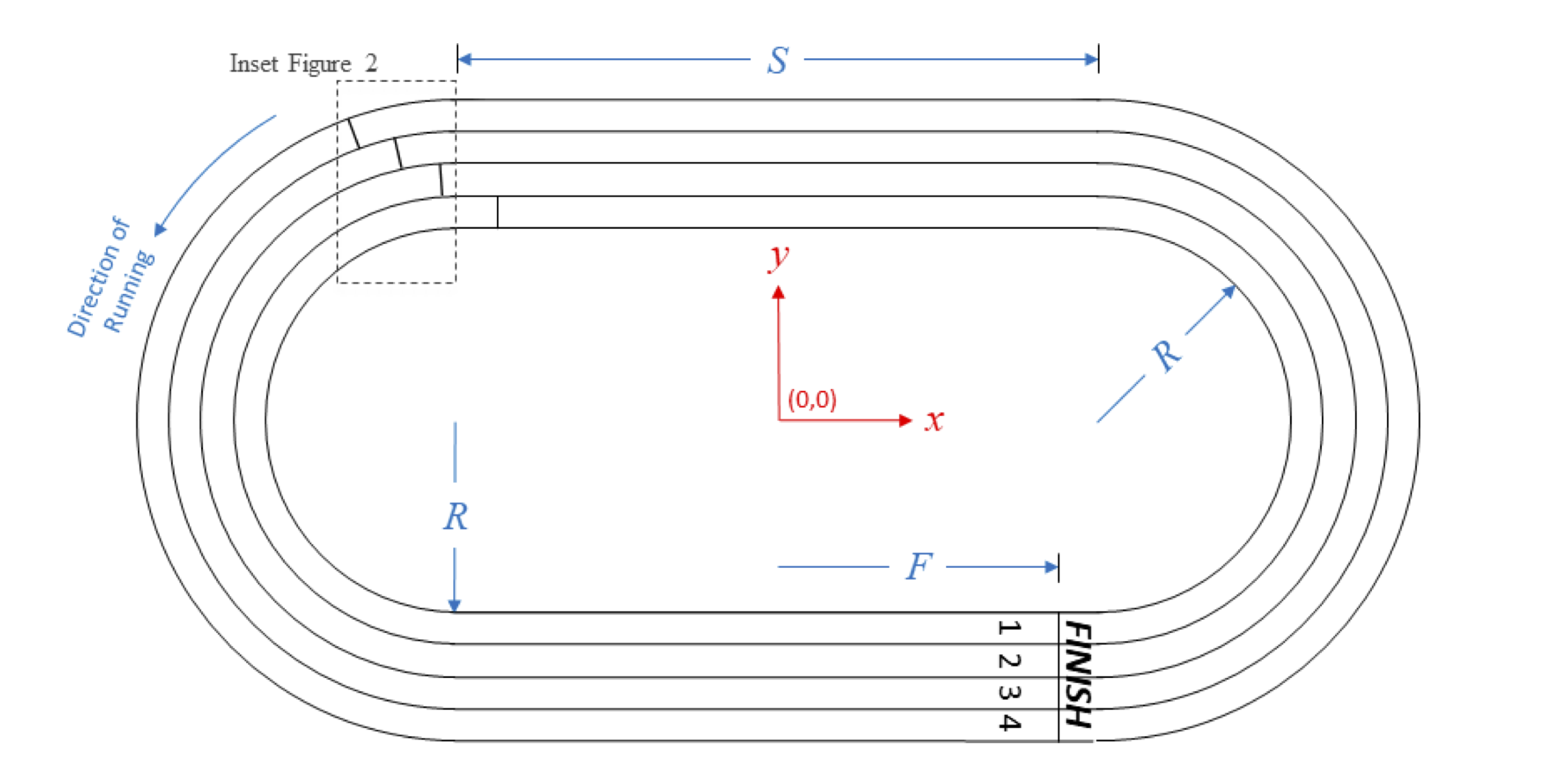 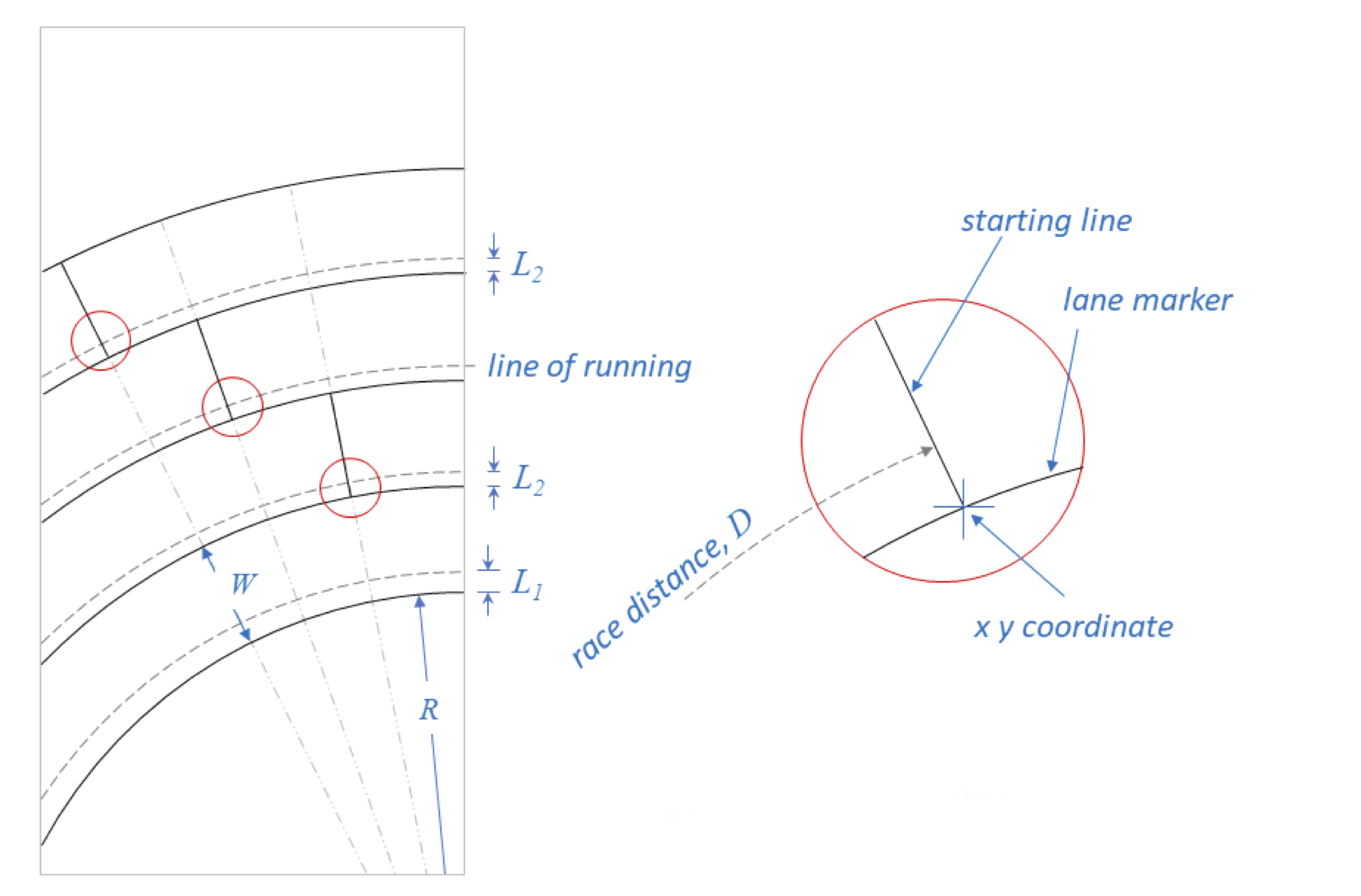 There are international standards for oval track dimensions. Unfortunately, the available area for a track doesn’t always hold a standard track. Given the dimensions of the track and the length of the race, your team is to write a program to ensure equal race lengths by computing the staggered starting line positions.

Your program is to print a series of values for each race distance, separated from each other by spaces and/or newlines. Print the race distance first, followed by the $(x, y)$ coordinates of the staggered starting line locations in lane number order. Express all values in meters. The $(x, y)$ coordinate is the innermost point of a lane, NOT the line of running. Treat each lane marker (straightaway or radius) as a zero-width line. International standards require that the values be within $0.001$ meters of the exact answer.